Robin Jones brings forth next generation of leaders 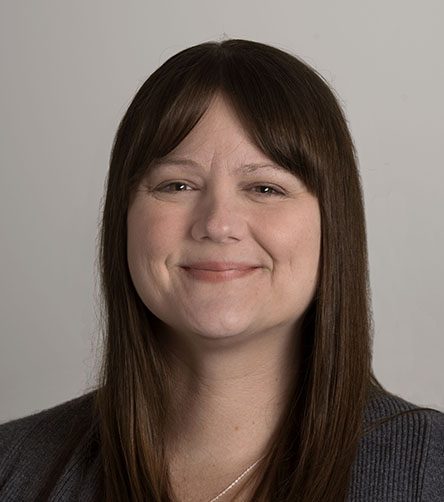 Though she wrote only six literary novels in her lifetime, Jane Austen moved the world with her ability to capture her readers.

She wrote about women in a way that wasn’t publicly accepted in the male-driven society of the 1700s. To her, women were not a less than gender but instead that a woman could be just as impactful and intelligent as a man.

Through her works, she expressed ideas of a world where women were valued and educated in the same way that men were. She also showed the importance of the housewife role and that there is more to running a successful than physical appearance, but that it took leadership and management skills.

Not only that, Austen shined a light on the wealthy, who may have depicted their lives as a picture of perfection to the public eye lived a life filled with their own scandals and challenges behind closed doors.

Austen was able to capture the essence of what it was to be a woman in the 19th century, while also writing in a way that wasn’t done at that time including ideas of women maintaining a sense of self-respect.

Though the theme of romance can be found throughout her work, Austen wrote not glossy, romanticized characters, but instead her characters who seemed real and carried imperfections.

Austen’s “Pride and Prejudice,” which was initially released in 1813, has enchanted its readers for over 200 years, one of them being Kugelman Honors Program Assistant Director, Robin Jones.

“As any other experience or knowledge changes your understanding of the world you live in, Jane Austin has changed the world through her writing and thus my experience as a woman in it,” Jones said.

Jones got her start at UWF not as a member of staff, but as a student herself. She later found herself coming back to UWF where she now works with the Kugelman Honors Program (KHP), home to over 200 students, to enhance their education and college experience while giving them the tools to become the best professionals and leaders that they can be.

My path led me to UWF as a student, and I have now spent over 16 years of my life learning and working here. I enjoy learning about new students every year and supporting them as they plan their futures and work towards their dreams. I am continuously inspired by all my students. My favorite moment through my work is seeing a student develop their confidence and become inspired. ”

Through her work, Jones strives to show her students the importance of being themselves while also giving back to their communities.

With their hard work alongside the continued support and guidance of Jones, the honors executive board has now grown to six committees with around 17 e-board members.

“Robin Jones saw leadership potential in me when I was more confused than I had ever been about college and my future. She helped mold my thoughts and concerns into practical leadership experience,” honors program Lead Mentor, Danner said.

For Plum, Robin has not only been an academic mentor but an influential woman throughout her life.

“Because Robin is my aunt, she has influenced me in a number of ways no one else, besides maybe my sister, will ever have the privilege of understanding,” Plum said. “She’s tough and never lets you get off easy, but she always supports you when you need it most.”

Without Jones encouraging Plum throughout her life, Plum says that she wouldn’t be where she is today.

“I’m not sure I know another person that genuinely cares about people and service to her community more than Robin,” Plum said.

For honors graduate Elizabeth Barrett, Jones has played a key role in her life that has gone far beyond just her time as an undergraduate honors student.

“She has taught me so much about how to be a confident leader, even when I do not feel confident in my decisions. She has been a trusted mentor to me for the entirety of my undergraduate degree and is entirely the reason I am pursuing a degree in student affairs,” Barrett said.

Barrett says that Jones first saw leadership in her ability during a packed presentation Barrett did as a first-year honors student and has since continued to inspire, guide and teach Barrett throughout her journey of working towards her career goals.

Jones’s impact isn’t felt by just the students. Her fellow staff members also attest to her dedication to her job and care for her students and the community.

“Robin thinks of innovative ways to make the Honors experience unique and engaging for every student,” Honors Assistant Director of Recruitment, Jenny Makselan said. “She intentionally crafts these experiences to provide upward mobility for students in their academic pursuits, as well as their long-term goals in life.”

According to Makselan, Jones never loses sight of the fact that the students are the reason that the honors staff is committed to doing everything they can for the program.

Up until her recent step down from her position at the honors program, former Assistant Director, Morgan Jackson had the opportunity to work alongside Jones, who quickly became a meaningful influence in her life.

” No matter what I’m going through, Robin is a constant reminder to approach my own life with perspective and to view the lives of others with empathy and compassion,” Jackson said.

Jones was the first person to encourage Jackson to become a foster parent and provided her family with continued support as they went on their fostering journey.

“People like Robin are rare; she’s willing to wake up every day and actually do the hard work of building up our community,” Jackson said.

She attests that Jones works without ever expecting acknowledgment or gratitude for what she does.

“I’m constantly inspired by her sincere desire to do meaningful work for our students and I couldn’t be more grateful for her presence in my life,” Jackson said.

“You are so awesome!” is something Robin never forgets to remind me when I update her on my research or any exciting news that may be happening in my academic life.

Coming from a small honors program before transferring to the program at UWF where there were hundreds of honors students, I worried about losing that sense of mentorship through the program that I had gotten from my previous honors director.

That fear never became a reality as that just wasn’t the case at the Kugelman Honors program.

Robin has been a source of guidance and support through every step that I’ve taken at UWF. She works hard to provide me with opportunities to gain experience and enhance my skillsets. She challenges me to become a stronger, more confident leader while guiding me through the intimidating aspects of the journey.

My Spring 2021 semester started off rather rough as I was finding it challenging to squeeze everything that my family needed while also fitting my own classes into my schedule.

On top of that, our 15-year-old family dog had fallen ill with a brain tumor over winter break and was needing around-the-clock care. After many vet consultants, medications and weeks of no sleep, we had to make the hard decision put him down in the first week of the semester.

Though she didn’t know everything that was going on, Robin knew that I was struggling to manage everything on my plate. She bent over backward to offer any form of assistance that would alleviate some of the pressure off me so that I could stay on track in my studies and research.

With her help and support through everything that was going on, I was able to bounce back quickly and get back on track to have a good semester, despite the challenges.

But, I’m not special in that Robin does anything and everything she can to see each and every one of her students achieve their goals and dreams. Pairing that with her dedication to helping the community Robin is an asset to UWF who is able to impact the lives of many.