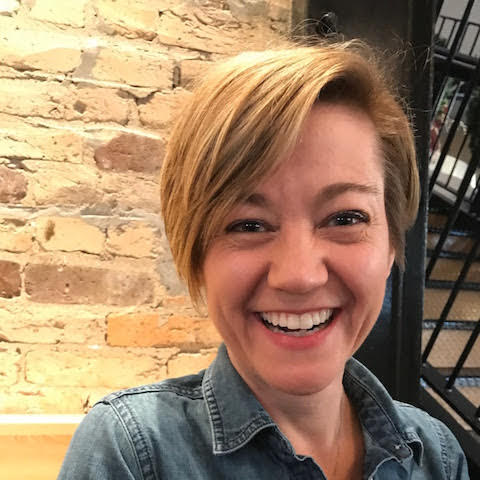 Though she grew up in the era of legalized racial segregation, Barbara Jordan became the first Black Congresswoman and the first African American elected in the South in over 75 years when she was first elected into office in 1972.

Jordan, born in Houston Texas in 1936, first attended Texas Southern University where she earned her bachelor’s degree and went on to graduate from Boston University with a degree in law.

After returning to Texas to practice law, she went on to work on the campaign for John F. Kennedy. From there, her career in the political realm blossomed.

During her time in Washington D.C. as Congresswoman, Jordan served on several committees. With her hometown in her heart, she served as a spokeswoman for the local problems and civil rights protections.

She became a prominent voice on the Judiciary Committee, where she served three terms.

Jordan delivered the opening remarks on the adoption of the three Articles of Impeachment against then-President Richard Nixon in response to the Watergate scandal in 1974.

From the moment Jordan finished speaking, she was praised for her moving, powerful delivery. President Nixon resigned on August 5, 1974.

At the Democratic National Convention, Jordan became the first African American and first woman keynote speaker in 1976. She later went on to campaign for Jimmy Carter, who won the presidential election in 1977.

Her career didn’t end in Congress, but instead in the classroom. She became a professor at the University of Texas, where she taught in the School of Public Affairs until the 1990s.

Through her life’s work, Jordan moved those around her both in her political works and in the classroom which has inspired many, including UWF’s professor and Communication Department Chair, Dr. Kelly Carr.

“Her speech is the perfect marriage of logos, ethos, and pathos, grounded in the situational while appealing to the transcendent,” Carr said. “She taught me the power of speech and the strength of individual conviction.”

When thinking of Carr, UWF professor Dr. Kurt Wise says that what comes to mind is her important contributions through her studies of the Supreme Court.

Carr’s book, “The Rhetorical Invention of Diversity” which was published in 2018 by Michigan State University press Carr explores the 1978 case of the University of California vs. Bakke and the impact that decisions made by the Supreme Court have on those throughout the country.

“Supreme Court decisions affect thousands of people across the country. Take, for example, last year’s decision that the NCAA may not prohibit student-athletes from being paid for education-related expenses,” Wise said.“We need scholars to explore these important decisions, and Dr. Carr is one of those scholars.”

While her research has made an impact among the scholarly academic community, through her role as a professor, she is able to help students find their full potential.

Being a professor is the best job in the world, to me! I get to engage with students about big ideas and to learn with them. If I’m lucky, I get to have an impact on students’ lives as they learn new skills and ways of thinking. And I get paid to read nerdy stuff!”

UWF student Darby Drapeau started Dr. Carr’s research methods class filled with nerves as she had never taken a class like that before.

“At first, I allowed my nerves to get the best of me but Dr. Carr quickly made me feel comfortable and helped show me that most of the time we are our own biggest roadblock. After having a class with Dr. Carr and doing well in it I felt as if I could take on anything,” Drapeau said. “She helped give me the confidence to unlock my full potential.”

Undergraduate student, Ryan Obray has also taken a class with Dr. Carr and attests to her ability to bring class content to life through her teachings.

“Dr. Carr is an engaging and creative teacher who deeply cares about her student’s well-being,” Obray said. “She has taught me how to detect and analyze different communication skills in real-life situations.”

Carr not only serves as a professor for the university, but she also holds the position of Department Chair for the Department of Communication.

“When in the classroom, her mastery of communication theories and research methods has never ceased to impress me, as she teaches with such ease and confidence. In the office, I constantly witness her efforts to go above and beyond as Department Chair while balancing her responsibilities as a professor,” graduate student Rachel Hyde said.

Hyde studies Strategic Communication and Leadership at UWF but also serves as a graduate assistant for the Department of Communication. She has had the opportunity to not only be taught by Carr but to also work alongside her.

“One day, I hope to have the level of mastery, confidence and dedication that Dr. Carr exhibits on a daily basis,” Hyde said. “The department is truly blessed to have her at our forefront, and I am so grateful for the opportunities I’ve had to work with her.”

Alyson Enk is another graduate student that has had the opportunity to work with Carr firsthand.

“Working with Dr. Carr has been one of my favorite experiences here at UWF. She has provided a space that supports creativity, collaboration, and compassion,” Enk said. “I can’t thank Dr. Carr enough for the impact that she has had on my life, and hopefully will have the opportunity one day to pay it forward.”

As someone who had no connection to the communication professors outside of Zoom and online classes at the time of taking thesis methods, choosing a faculty member to approach to serve as a mentor for my thesis seemed daunting.

How do you choose someone to work with for months when you’ve barely had a conversation with anyone?

Luckily, it was a decision that I never actually had to make.

I was enrolled in Dr. Carr’s undergraduate research class and often used her assignments to explore ideas for my honors thesis. One of which, the impact that COVID-19 was having on interpersonal communication, seemed to catch her eye because after our first live conversation via Zoom, she offered to help me pursue the project.

Since then, Dr. Carr has been by my side as we’ve navigated through the many hoops necessary to complete the research.

When I decided to focus my study on minors as the demographic, she didn’t push back but instead prepared me for the reality of what it takes to pursue a project with minors and then worked with me one-on-one every week to break down the study into attainable steps.

With every step, every challenge and every process it’s taken to get the project off the ground, Dr. Carr has believed in me through it all, never leaving room for a shadow of doubt within myself.

Without her unwavering support and continued advice, I’m confident that this project, which has brought such growth and enhancement to my undergraduate studies would cease to exist.

I continue to be amazed by her ability to have an intelligence and knowledge that spans far beyond her years, yet the humility and patience to give every student a chance to expand on what they know and learn through her engaging teaching methods.