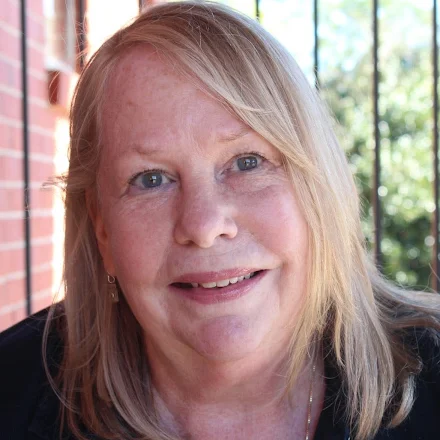 As an award-winning writer and journalist, Gloria Steinem has used her voice for political and feminist activism both on and off the paper.

She has been acclaimed as a revolutionary leader against injustices and has written several books with topics ranging from her journey as a female writer to breaking the boundaries of gender.

Steinem has been involved in the foundation of magazines including New York and Ms. Magazine in the 1970s. She used these platforms to speak up about political topics such as the Equal Rights amendment and give feminists a platform for their voices to be heard.

Her role as a founder doesn’t stop there.

Steinem co-founded several organizations including the National Women’s Political Caucus and Free to be Foundation, among others to continue to build a voice and a presence for women. She also co-produced a series of documentaries to speak up against the violence that happens against women across the world.

The fight for women’s rights isn’t the only issue that Steinman has fought for.

In hopes to bring light to child abuse, she co-produced an Emmy award-winning documentary entitled “Multiple Personalities: The Search For Deadly Memories” in 1993 which looks into individuals with multiple personality disorder and explores the connection between the disorder and child abuse.

I find it amazing that, to this day, we have failed to pass the Equal Rights Amendment for women and that every person doesn’t proudly embrace the label of feminist. ”

Much like Steinem’s passion for journalism and speaking out for what is right, former Pensacola State College (PSC) instructor and adviser of the student-run newspaper The Corsair, Paula Ingram had a passion for bringing up student journalists and instilling in them the values of journalism and their right to use their voices.

Ben Murzin served as the Editor-in-Chief of the Corsair from 2019 to 2020 but first got his start in student journalism as a writer under the guidance of Ingram.

“Dr. Ingram during my time at the Corsair was the best source of information and guidance during my tenure,” Murzin said. “She fully supported my restructuring efforts and was always willing to help guide writers as to how it should read and how it would be read.”

Murzin states that though there would be times where he pushed back on certain situations, he continued to see the wisdom in what Dr. Ingram had to say and appreciated how she took all of his outlooks, thoughts and ideas to heart.

“She was the best teacher for the job,” Murzin said.

Ingram had an open-door policy for any student interested in becoming a student journalist. No matter their background or writing experience any student was able to join the Corsair. She provided students with the guidance and tools necessary to become great journalists.

During his time at PSC and the Corsair, Shea Dixon was given the opportunity to try his hand at many different parts of creating the paper. He did everything from learning InDesign and working on the layout, to creating comics, photographing and writing for the paper.

“Dr. Ingram created an atmosphere of learning and encouragement that guided all of us at The Corsair to really push our limits and become better in our work and in ourselves,” Dixon said. “For that and all the help and guidance throughout my time at the Corsair, I will be forever grateful.”

Current Editor-in-Cheif, Enrique Viveros remembers when he was mainly a photographer for The Corsair and Ingram encouraged him to enter one of his photos to compete at state.

“I didn’t want to enter because I believed I would get last place because everyone else had better photo subject matter,” Viveros said. “She pushed me to submit that image because it showed an essence of photojournalism that I unlocked by showing reality.”

Viveros’ photo was taken during a Black Lives Matter protest at Graffiti Bridge shortly after the Gorge Floyd incident. His photo competed against schools across the state of Florida and won first place.

Viveros says the moment Ingram congratulated him on his win is one that continues to stand out to him.

“She believed in me,” Viveros said.

PSC graduate and previous Corsair Copy Editor, Hannah Mooers saw that her time as a student journalist was at a point of rapid growth and development in her life.

“It was a crucial development period in not only my schooling but my professionalism as well,” Mooers said. “Dr. Ingram played an important role in this process as she allowed me to establish who I was in a professional environment.”

Mooers came to the Corsair as a writer but quickly moved into the copy editing position when the opening presented itself.

“Her direction provided the structure I needed to advance while at the same time gave me the freedom to express my voice,” Mooers said. “Without Dr. Ingram’s guidance, I would not have the solid foundation needed for my professional career today.”

Mooers has been able to take what she had learned from Ingram into her current career field of Human Resources.

I walked into the Corsair office, PSC’s student-run news, one afternoon filled with butterflies and nerves. Earlier that week I had turned in my first story, a feature on a first-generation, non-traditional student from Pensacola State College that went on to become a researcher at Stanford.

I had never written in AP-style, let alone did I know how to interview someone, but the event that this student was speaking at started five minutes prior to me knowing about it during our weekly staff meetings.

I was told to go cover it, and so I went with no time to think. I remembered the basic rules to writing a story that I had learned from our meetings, did my best and turned it in.

Shortly after I arrived, Dr. Ingram called me into her office with my story in her hands. “You’re in trouble,” some students joked as I walked in. When I sat down she asked me if I had ever written a story before, which of course made me think it must have been horrible.

To my surprise, I was wrong.

She was impressed by my writing and from that moment on, we had one on one meetings every week, sometimes multiple times a week as I came into the copy editing position at the paper.

She took her time and broke down each story and with each one she taught me something new.

It became a challenge.

Every time I wrote or edited a story, I’d print them off, take them to her office and cross my fingers. I’d quickly be humbled yet impressed when she’d find errors within the smallest of details.

Without her, I wouldn’t be the writer that I am today.

She believed in her writers wholeheartedly and stood up for each of us in any situation.

Dr. Ingram knew how to build me up yet push me harder to become a better journalist. Her dedication and passion for the field shined through her work both at the newspaper and in the classroom. She instilled in me a strong foundation and a drive to always improve that I couldn’t have gotten from anyone else.