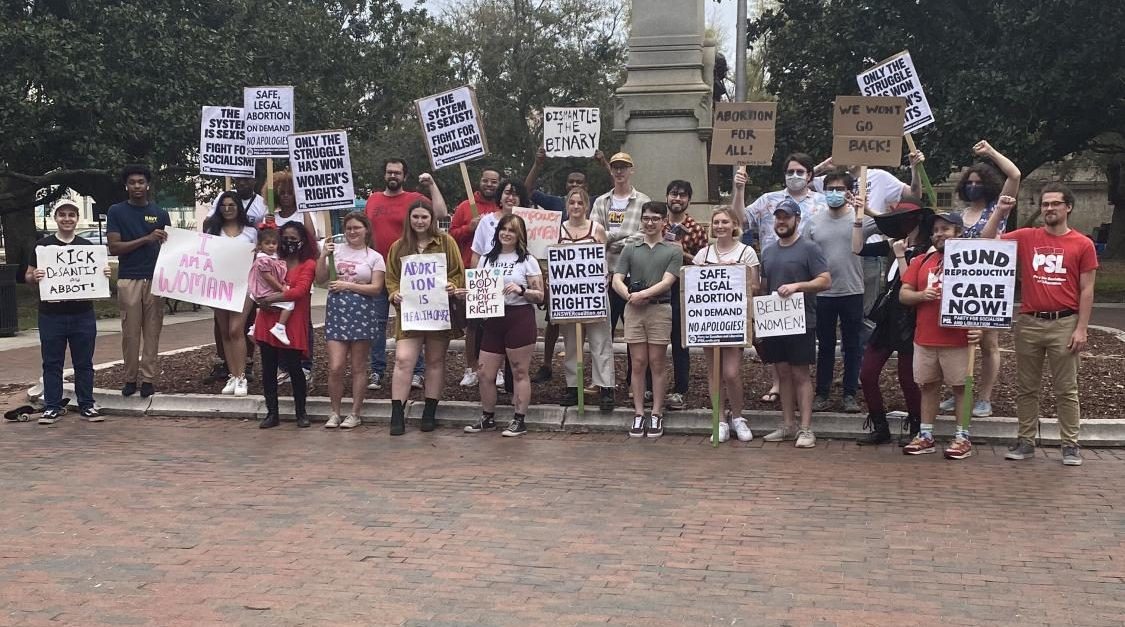 This past Sunday, members of various activism groups joined together for a rally in honor of International Women’s Day and in support of reproductive rights. The rally, which took place in Plaza Ferdinand in Downtown Pensacola, stemmed from a collaborative effort made by three groups, and attracted dozens of spectators, including those passing by while en route to other activities.

With signs in hand, members of Pensacola’s Democratic Socialists of America (DSA), Dream Defenders and Party for Socialism and Liberation (PSL) circled the W.D. Chipley memorial in support of what they call a struggle for women’s rights.

“To me, Women’s Day is about honoring the legacy of over a hundred years of struggle and the fight for women’s rights, whether that be the right to vote or the right to reproductive autonomy including access to birth control and abortion” said Sarah Brummet, a member of the PSL who served as the event’s MC.

The rally comes after a bill was recently pushed through Florida’s Senate to effectively prohibit women from receiving abortions after 15 weeks of pregnancy, with no exceptions for rape, incest or human trafficking victims. Under the bill, abortions would only be possible if a physician(s) declares that ending the pregnancy could save a woman’s life or prevent substantial and irreversible damage to a “major bodily function.” Other exceptions include a fetus that has a fatal abnormality or has yet to sufficiently develop.

Originally filed by State Rep. Erin Grall, R – Vero Beach, the bill has received backlash from those who accuse its makers of inserting personal religious positions into general legislature.

Grall claims the opposite, saying the bill is instead based on progress made in the field of science.

“This is not about religion,” Grall said. “This is about advances in genetics and related fields that make clear that a new and unique human being is formed at the moment of conception.”

Critics of the bill, now known as the “Fetal and Infant Mortality Reduction” act, view it as an attack on women’s rights, asserting that the decision to continue or abort a pregnancy lies solely in the hands of the woman.

“I believe that each person should have the freedom to be who they are for themselves. What they do with their body should not be dictated by men or any other person.””

This sentiment was initially solidified in the case of Roe v. Wade, which passed in 1973 after a Texas woman attempted to have an abortion but was restricted from doing so by the state’s abortion laws. The landmark case, after three years of proceedings, would deem abortion restrictions “unconstitutional” and permitted abortion up to 24 weeks (about 5 and a half months) of pregnancy.

Since Roe v. Wade, the act of abortion has remained a heated debate in various states. The state of Mississippi is currently embroiled in ongoing legal proceedings (Dobbs v. Jackson Women’s Health Organization) over the banning of abortions after 15 weeks, an act that could potentially overturn Roe v. Wade.

Many supporters of Florida’s new legislation, which is fairly similar to that of Mississippi, consider the bill to be “supportive of life,” and not wholly restrictive to women, who they say will still have enough time to make the decision.

“The only thing that we’re asking in this bill is that whatever decision you make, you do it before the 15 weeks,” said Republican Sen. Ileana Garcia.

For rally attendees, the bill serves as a reality check, reflecting the failure of officials on both the right and left to guarantee equality and freedom for all.

To Travis Cummins, a member of the DSA, efforts to reduce personal freedom are overtly displayed through this bill. Cummins says the bill falls short of the “pro-life” title commonly used in campaigns by some of the country’s leading Republicans and right-wing Christian groups.

“It’s become a political symbol for them to be able to claim they care about life,” Cummins said. “But it seems like they just care about fetuses not actual human beings.”

Opposers like Brummet say bills like this are often “patriarchal” in nature and leave women with only one option: fight back.

“I think that women have one choice, and that’s to organize and fight back and to organize militantly in the streets,” Brummet said.

As of March 3, the bill is in the hands of Gov. DeSantis and, if signed, is set to go into effect on July 1. 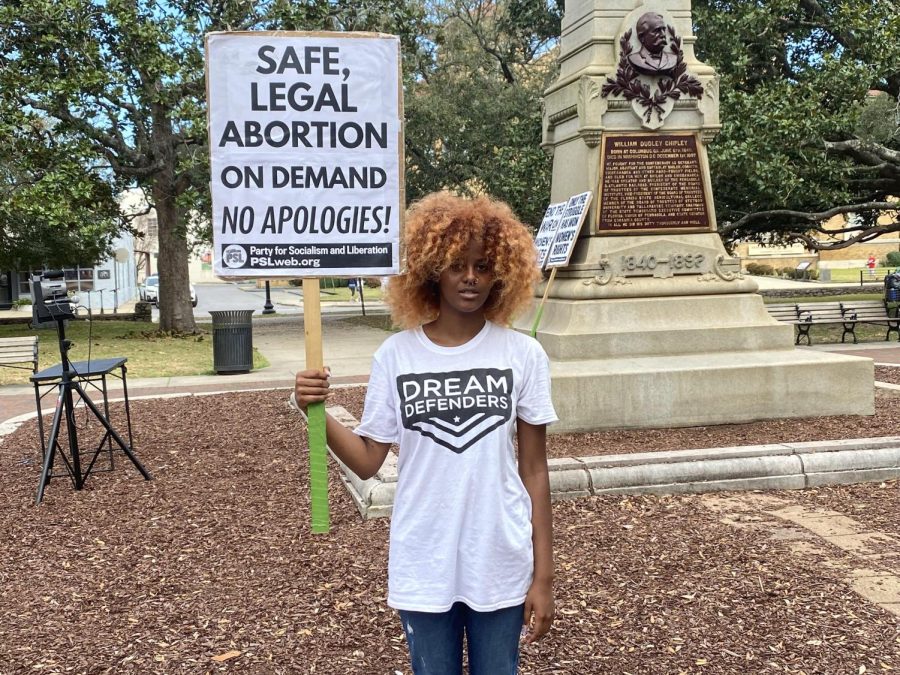