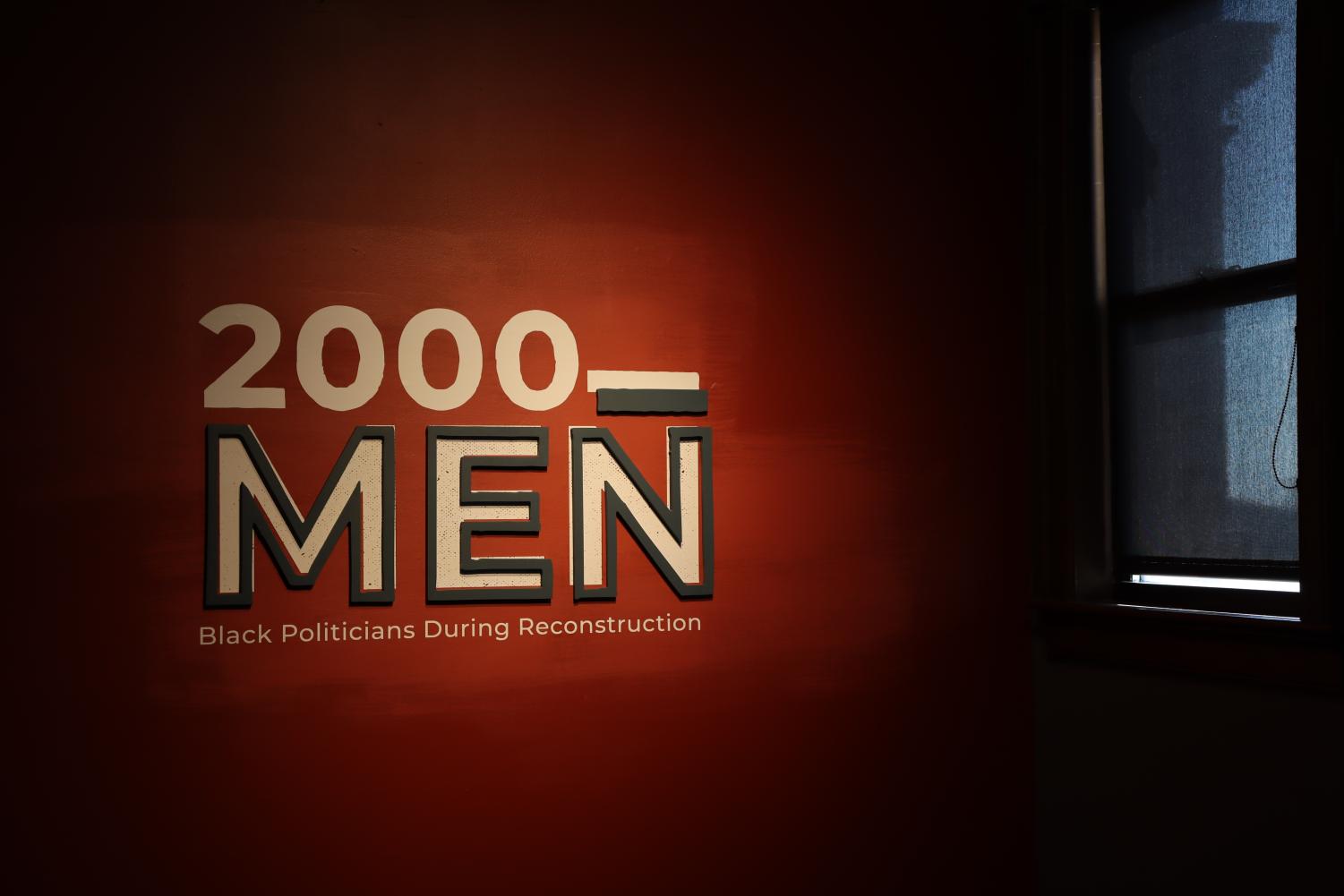 A look at ‘2000 Men: Black Politicians During Reconstruction’

The Pensacola Museum of History is currently showcasing the exhibit “2000 Men: Black Politicians During Reconstruction.” Located on the third floor of the museum, the exhibit focuses on Black politicians during the United States’ Reconstruction era, which lasted from 1865 to the early 1900s.

“Prior to that, when we had all of these Black politicians in office, it really is an example of how well the United States could have become and how well it could have run if we kept going with that momentum,” Cragg said.

Although the exhibit highlights local Black politicians, other items on display enhance the understanding of this era on a national level. Some of the items displayed include letters, voting memorabilia, and a Ku Klux Klan uniform once owned by Pensacola politician T.T. Wentworth Jr. 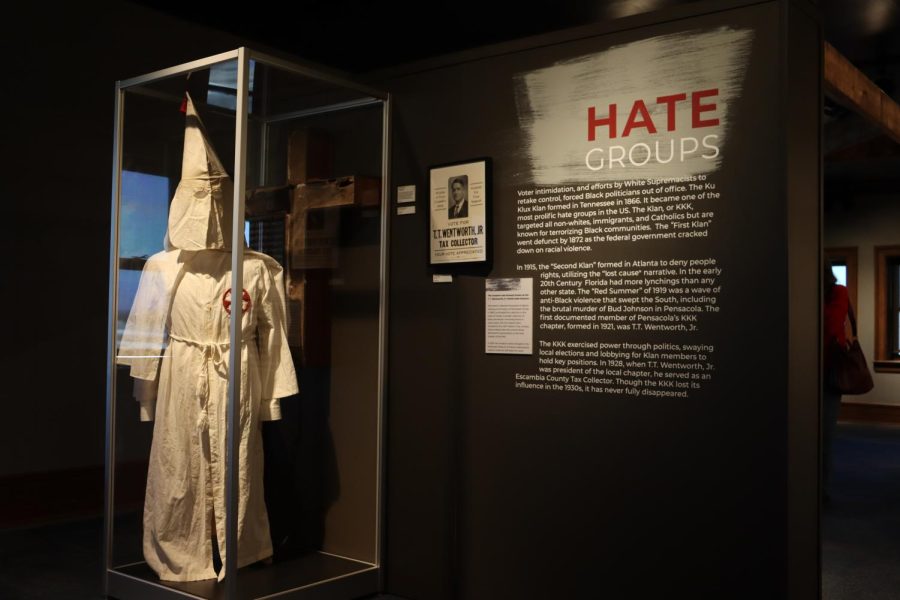 “One of the trickiest parts of actually putting this exhibit together is that we didn’t have very many artifacts,” Cragg said. “From this time period, about 1870 until 1890, there’s very little in terms of material culture related to Black politicians, specifically local Black politicians.”

Artifacts for this exhibit have been donated over the years to the UWF Historic Trust by community members. Even so, Cragg says that artifacts from this era are hard to come by.

“I think probably the most impactful item that we have in this exhibit is actually our empty case, believe it or not,” Cragg said. “We have an entire case dedicated to the fact that we don’t have items, and I think it’s a really powerful moment when you walk up to it and you realize there’s nothing in there, because we are really lacking in those pieces.” 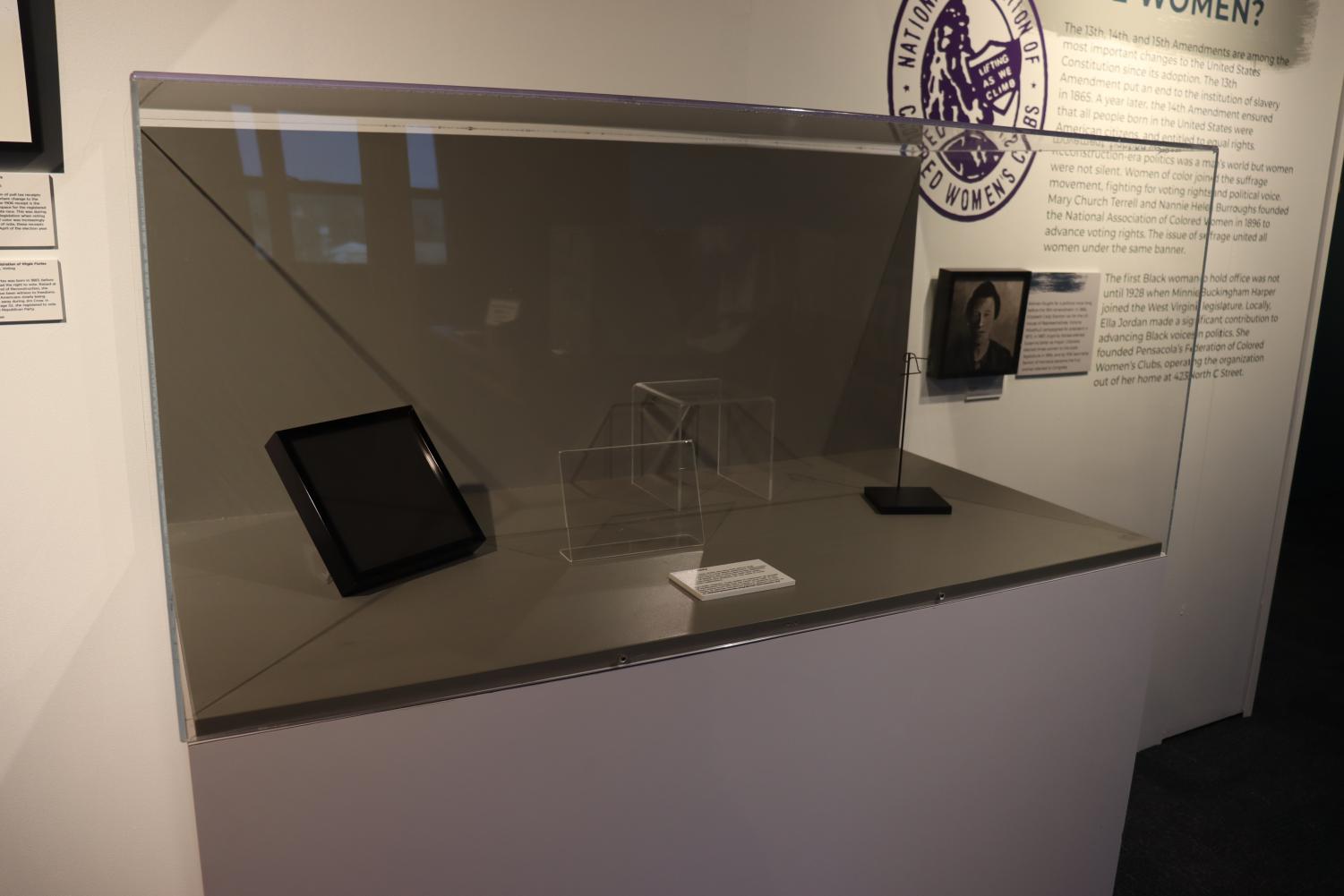 “It really drives home the point that it’s hard to tell the story of Pensacola and preserve our history without having those items available,” she added.

The exhibit, which took a few years to develop and organize, was proposed by various community members. Pensacola City Councilmember Teniadé Broughton and UWF Historic Trust Executive Director Rob Overton were instrumental in the development of “2000 Men: Black Politicians During Reconstruction.”

“I hope that when people visit this exhibit they really understand how powerful and how monumental this moment in our past was, not just for Pensacola but for the nation at large, and that they really understand that there was the brief period of time where we had the ability to get everybody involved in politics,” Cragg said. “We had the option to bring this United States together and truly unite it in a way that wasn’t done before, and is kind of struggling to do since.”

“2000 Men: Black Politicians During Reconstruction” opened in October 2021 and will be on display until July 2022. The museum is looking to turn the exhibit into a traveling exhibit so that others along the Gulf Coast have the opportunity to view it.

Cragg believes that Black History Month, which is February, is a time where people should remember how African Americans shape our history, both past and present. She quotes Dr. Cheryl Howard, co-founder of the African American Heritage Society of Pensacola.

“She always tells me, and I think it’s absolutely true, that Black history is American history,” Cragg said. “It’s all intertwined, it’s all involved together, there’s no separating it out. Black history is history.”

Black history is American history. It’s all intertwined, it’s all involved together, there’s no separating it out.”

If you are interested in donating items to “2000 Men: Black Politicians During Reconstruction,” contact the UWF Historic Trust by calling 850-595-5985 or emailing [email protected].