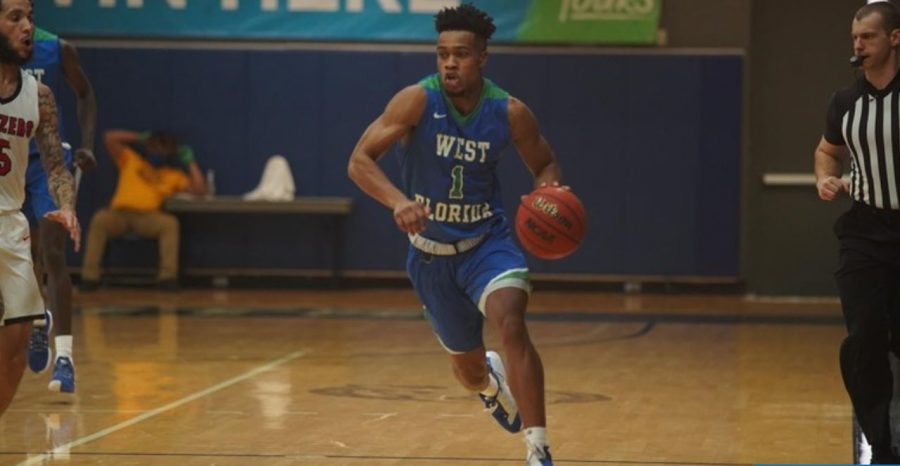 The turnover is a common thing that plagued UWF all season, and the theme continued Saturday night.

The first half was a battle. UWF and Valdosta scored back and forth during the first 20 minutes of the game, playing rugged defense and making scoring difficult on both ends.

The Argos managed to end the first half in the lead by seven points, 35-28, but the struggle to score and play hard defense consistently caught up with UWF in the second half.

“At key times we found it hard to execute down the stretch,” Burkhamer said. “We had a hard time guarding their one-on-one stuff.”

The beginning of the second half was a continuation of the first, both teams finding the net consistently.

However, it was a key turnover by Cox that began UWF’s road to their loss.

With eight minutes and thirty-three second left in the game and Valdosta leading by one point, Cox lost control of the ball that led the Blazers to outscore UWF.

UWF did not qualify for the Gulf South Tournament, finishing fifth behind Montevallo (8-8, 8-8 GSC).