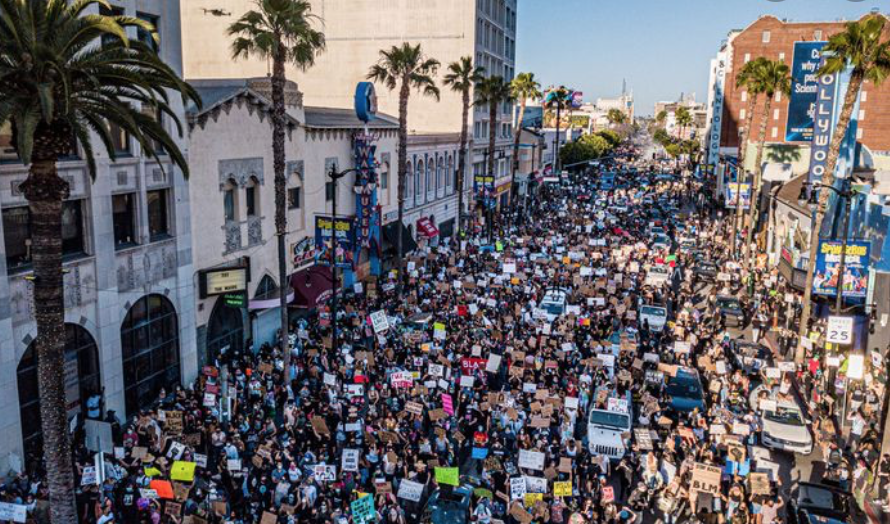 To nobody’s surprise, our country rang the new year in with a politically charged angst that continues to divide us as a nation.

On January 6, 2021, Congress was meeting to finalize the Electoral College vote counts and certify Joe Biden’s victory when a mob stormed the Capitol. In their failed efforts to overturn President Trump’s loss in the 2020 presidential campaign, it lead to more violence and chaos.

From headlines in the New York Times to being the punchline in a Saturday Night Live joke, we can’t seem to stop talking about politics. It’s important for us to be able to communicate effectively in a respectful manner to move toward the betterment of the United States.

Thankfully the Equity, Diversity, and Inclusion department at UWF puts on Campus Conversations every month that extends our knowledge about prevalent topics in today’s society.

The first Campus Conversation of the semester was held on February 3rd with Associate Professor Dr. Jacob Shively as the faculty host. The conversation was focused on polarization in American politics and the Presidential transition.

For those who aren’t familiar with political polarization, it is referring to the vast gap between political attitudes. In other terms, we have two extremist ideologies that can’t see eye to eye on vital issues.

Dr. Shively had a refreshing perspective on the toxic polarization that American politics face today. “When you understand that every political party feels threatened and that they’re the ones under attack, is when you can see where the intensity comes from,” Shively said.

The intense polarization roots from the anxiety of their side being under attack later leads to zero-sum thinking. Meaning “everyone is thinking that if the other party wins we lose, and we may be destroyed forever,” in Dr. Shively’s words.

The Associate Professor also touched on the subject of negative polarization. Dr. Shively explained it by saying, “You have an individual in a particular party but they don’t support their party’s ideology fully. Making them feel uncomfortable in their own party but also threatened by the other party.”

Another topic of discussion was political mobilization. It’s a process by which a group goes from being a passive collection of individuals to an active participant in public life.

Dr. Shively pointed out that we saw political mobilization with the Trump campaign. Trump has been a cultural figure for a while now but when he ran for President he started being a political figure. Then you have his message, “Make America Great Again.” Shively said people who felt left out in the economic classes began to identify with Trump’s candidacy. Which brought this new wave of intense “Trump identified” supporters; you’ve probably seen them with their MAGA hats, shirts, and waving their Trump 2020 flag.

Switching focus to our new President, Joe Biden. Biden’s message is all about what the American people need and bringing unity to our broken country. “We all agree on basic values and going off of that but using that term people can infer that differently. People in four years maybe won’t feel connected and claim that he didn’t unify the country,” Dr. Shively expressed that it’s a very risky message to use.

We got to the big question of the discussion, “why polarization?” It all comes down to the fact that American institutions aren’t working like they used to. The conditions of society have changed to where our institutions are out of date. Then you have two polar opposite sides that can’t seem to overlap on their opinions on how to handle that situation.

Closing the discussion, Mikia Carter asked what Shively hopes to see in our future. Dr. Shively responded, “In the peak of politics and being a father, I hope we can get through it and not sweep it under the rug. We’re in a cycle and we are at the uncomfortable part of that cycle. We definitely have a lot of problems to work on and we need to pass reforms and challenge each other.”

The next Campus Conversation is March 3rd for Women’s History Month.