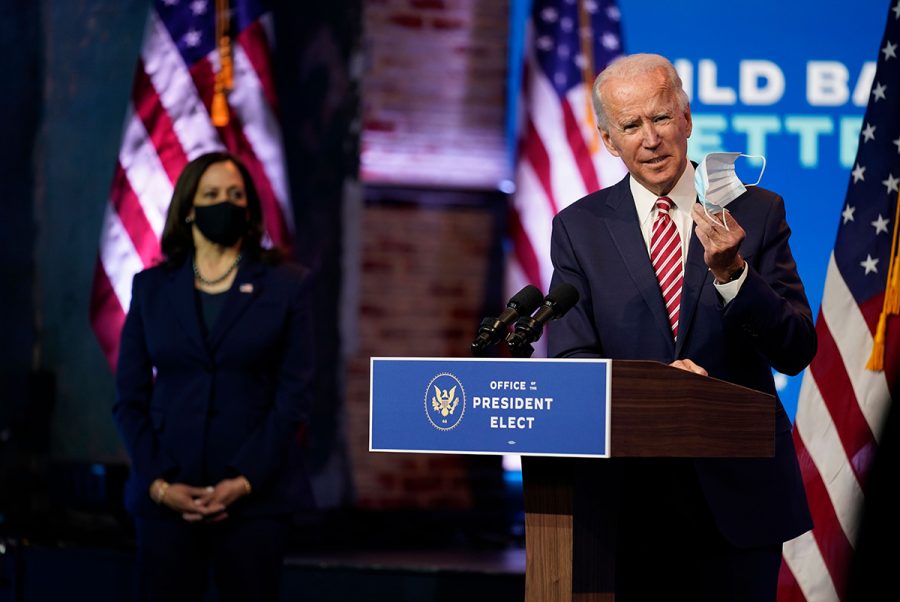 President Joe Biden was sworn into office on Jan. 20 and has since signed over 40 executive orders, 22 of which were signed during his first week. This is more than any president has signed during their first week in office, which has come with both praise and criticism. On his first day as president, Biden signed 17 executive orders surrounding issues ranging from the environment to COVID-19.

Biden’s first measure as president was asking Americans to wear a mask for the first 100 days of his administration as part of his “100 Days Masking Challenge.” Biden also issued an executive order that would require masks and social distancing in all federal buildings and on federal lands. He later issued another executive order requiring masks on planes, trains, busses and ferries.

Biden’s second order of business was to rejoin the Paris Agreement, an international treaty on climate change that former President Trump withdrew from in 2017. Biden also canceled the permit to build the Keystone XL Pipeline, a controversial move that many Republicans disapprove of. The pipeline was set to pass through Native American reservations in Montana and South Dakota and was expected to negatively impact the environment. The president also suspended drilling permits on federal land and water for 60 days

Biden also dealt with immigration on his first day in office. He reinstated the Deferred Action for Childhood Arrivals (DACA) program, which protects undocumented immigrants who arrive in the United States as children from deportation. Biden also signed an executive order allowing undocumented immigrants to be counted in the U.S Census and reversed a Trump-era executive order that cracked down on protecting them from deportation.

Later that day, President Biden terminated the construction of the border wall at the U.S.-Mexico border and plans to redirect funds used to construct the wall. He also reversed a Trump-era policy that forbade refugees and residents from seven predominantly Muslim countries from entering the United States.

The president then signed an executive order to extend the nationwide moratorium on evictions and foreclosures until March 31 due to the economic downfall caused by COVID-19. He also extended the pause on student federal loan payments and interest to Sept. 30.

President Biden has signed a handful of other executive orders in the following week.

On Jan. 26, Biden issued a series of executive orders to address racial bias in housing programs and terminated the government’s use of private prisons. He also extended federal nondiscrimination protections to members of the LGBTQ+ community and reversed former President Trump’s transgender ban in the military.

The president also signed an executive order on Jan. 27 establishing a White House interagency council on environmental justice and an environmental justice office within the Justice Department. Under this order, the government must spend 40 percent of its sustainability investments on disadvantaged communities, further promoting equity in America.

In response to the pandemic, President Biden issued another series of executive orders, one with the goal of expanding access to COVID-19 vaccines. He also signed an order asking all executive agencies to share any data related to the coronavirus. Further, Biden signed an order that supported the reopening and continued operation of schools and early childhood education facilities despite the ongoing debate surrounding school closures.

Aside from executive orders, Biden rejoined the World Health Organization and vowed to work with them in response to COVID-19. Before his inauguration, Biden also unveiled a $1.9 trillion coronavirus stimulus deal, equating to $1,400 per American who is eligible. The bill would need to be approved by both the House and the Senate to pass.

On Jan. 22, the president laid out foundation to raise the minimum wage to $15 for federal employees. He later launched the “Buy American” campaign, which encourages the government to buy more American-made products.