“The Social Dilemma” : A Movie Review 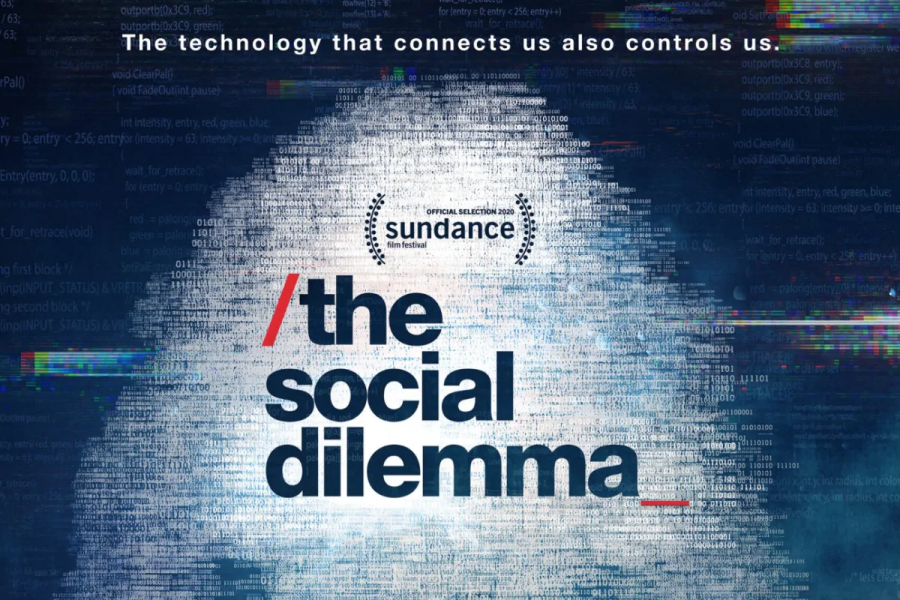 Jeff Orlowski’s brilliant documentary, “The Social Dilemma” opens the world up to understand how addiction and privacy are being manipulated by the creators and business models of social networking platforms.

The film is compiled of a series of different interviews with men and women who were once apart of large social networking companies or have experience in the field of technology and psychology.

Orlowski also goes the extra mile by including a dramatization of a family that is experiencing the consequences of social media usage with their teenage children.

One of the most eerie scenes was in the beginning when the interviewees were trying to gather their words to explain what the problem was with social media and realized the severity of the secrets they were going to be telling.

Tristan Harris, a former Google design ethicist, was the main speaker in this movie whose mission was to inform the viewers about everything that goes on behind closed doors at technology and social media companies.

It’s no secret that social media has been monitoring, to some degree, what we are engaging with and that it has a heavily addictive quality embedded in the business model for monetary gain.

However, “The Social Dilemma” explains just how deeply we are being watched and adds another competent into the mix: that we are also being manipulated through specific psychological behavior patterns tailored to who we are through our activity.

Whenever we go onto social media sites, it begins to log our analytics including how long we look at something, what we click, with whom we engage, and what we choose to see. These networks are then able to understand who we are, predict our next movements and engagements, fill our screen with push-notifications, and use us as the product for advertisers.

Orlowski’s dramatization showed the horrible effects of this including lack of sleep, inability to put our phone away, and behind the scenes of how this technology actually operated.

Harris and the other speakers are extremely worried about the way social media is currently affecting the mental health of teenagers and political understanding with the spread of fake news.

“We’re training and conditioning a whole new generation of people that when we are uncomfortable or lonely or uncertain or afraid, we have a digital pacifier for ourselves,” Harris said. “That is kind of atrophying our own ability to deal with that.”

“The way to think about it is as 2.5 billion Truman Shows,” McNamee said. “Each person has their own reality with their own facts. Over time you have the false sense that everyone agrees with you because everyone in your news feed sounds just like you. Once you’re in that state, it turns out you’re easily manipulated.”

They also explain that this wasn’t the main goal when beginning these platforms.

“When we were making the like button, our entire motivation was ‘can we spread positivity and love in the world?” A former engineer at Google and Facebook Justin Rosenstein said. “The idea that fast forward to today and teens would be getting depressed when they don’t have enough likes, or it could be leading to political polarization was nowhere on our radar.”

But creating algorithms and code caused the technology to begin doing most of the work itself, meaning that a lot of the people in these businesses actually don’t understand their own technology.

However, despite the intensity and depth of this film, many of the speakers claimed that they actually had hope for the future world of social technology and left ways to help themselves and others.

There are ways to undo what has been done and instill governmental laws around privacy and social media platforms, given that there are hardly any right now.

A few ways of helping yourself included turning off notifications, deleting apps that waste your time, limiting the amount of time that you spend on the platforms, and not clicking on recommended videos or accounts.

“Before you share, fact check, Research manager of Stanford Internet Observatory Renée Diresta said. “Consider the source. Do that extra Google. If it seems like it’s designed to push your emotional buttons, it probably is.”

“The Social Dilemma” was a frightening but necessary, eye-opening look inside the technology we have held in our hands for years but failed to consider the sneaky effects it’s had on our lives.