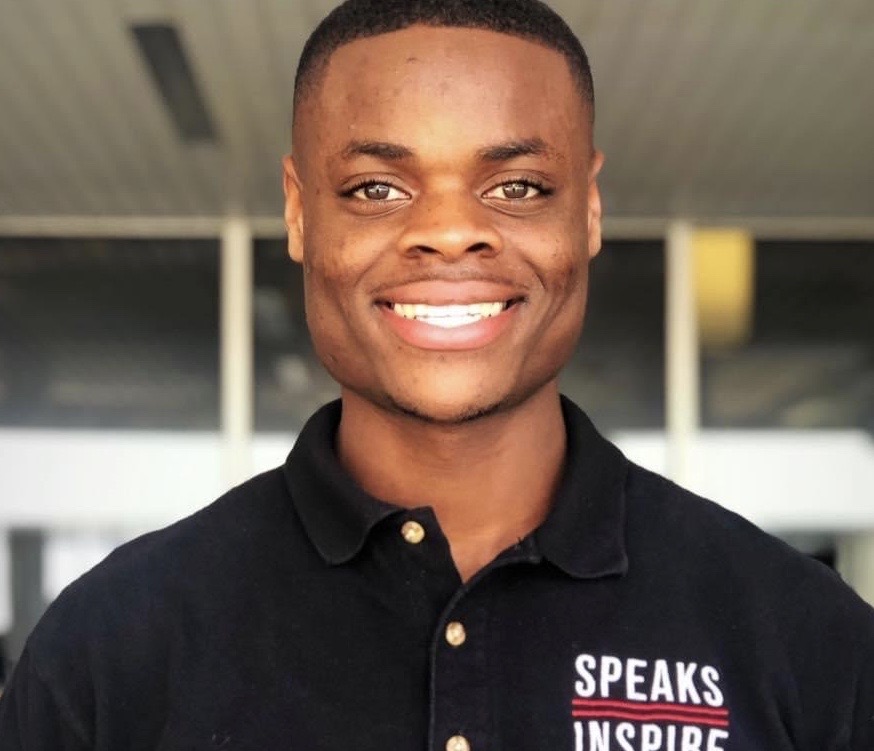 Abraham Sculley is tackling the difficult topic of depression, head on. Sculley is a UWF alumni, mental health speaker, and now author. His passion for helping others with mental health began his freshman year of college when one of his friends called to check on him. Immediately, she knew something was wrong and that he was not acting like himself. It was this interaction that helped Sculley realize that he was struggling with depression while trying to keep up with the demands of college life.

“It was really stressful for me because I was working and then the amount of pressure that I had on myself to perform at a really high level academically, and then pretty much everything else going on at the time. And so that overwhelmed me and I didn’t recognize it as stress at the time. I kind of just kept doing what I was doing, and it got to a point where it started to affect me even more mentally. I started to lose the motivation that I had when I came into college and I started just want to isolate a lot more and not really want to hang out as much,” Sculley said.

Accepting that something was wrong, Sculley sought help at the counseling center on campus. He was diagnosed with depression and withdrew from school to work on his mental health. He learned steps and skills to help combat depression and find motivation. When he was ready to return to school, he was inspired to help others.

“I realized after talking with friends of mine and just anyone at UWF that a lot of students were struggling and a lot of us were struggling in silence. So, I thought to myself that I want to do something about that, there are resources out there, and we don’t have to just figure it out and battle with depression by ourselves,” Sculley said.

Once he returned to school, Sculley created the organization, Speaks2Inspire, to promote mental health awareness and normalize speaking about mental health. Sculley first started speaking publicly about mental health while volunteering at the Boys and Girls Club as part of Collegiate 100. He would volunteer there once a week and worked up the courage to ask the director to let him speak about depression with the kids.

With the experience he gained at the Boys and Girls Club, Sculley started reaching out to other organizations, businesses, and colleges, including UWF, to host workshops and speak about mental health.

“I started reaching out, offering my time to come out and share with their members about depression, about what we can do to reduce the stigma and also to point others in the direction of help. And it evolved into where I really saw myself doing this and I want to try to be that person that I wish I had while I was struggling,” Sculley said.

Speaking about mental health with college students can be a challenge but Sculley believes being able to sit and talk with students, not at them, helps him break through the stigma and reluctance to talk about depression.

“I do realize that a lot of times where I may not get a response, you know during a presentation, I can see that the message resonates,” said Sculley. “But I don’t want to push someone to share anything or even be receptive because not everyone is either comfortable or is at that point where they’re able to receive it in that way and that’s okay.”

Today, Sculley owns a business where he gets to realize his dream of helping and inspiring people. However, he knew he wanted to do more than he was able to in the time-restrictive presentations he typically does.

This year, Sculley published his first book, Unlearn the Lies: A Guide to Reshaping the Way We Think About Depression. In the book, Sculley tells his story while focusing on the “lies” or “myths” that are often associated with depression. For Sculley, believing the lie that he could “pray depression away” was one of his biggest personal battles.

Sculley’s father was a pastor and so he grew up in the church with a strong sense of faith. Sculley wrestled with the belief that if he prayed enough, God would cure his depression.

Now, Sculley associates having depression to dealing with a physical ailment.

“We would never tell someone with a broken bone or heart disease to pray it away. We’re going to take the specific precautions to get the help that they need,” Sculley said. “It’s not that I’m lacking faith that I have depression and I can’t pray it away but that God can meet me where I am and he can provide resources to help me throughout this challenge, introduce me to the right psychiatrist, the right therapist, and I don’t have to stop praying. I can do both.”

Through his work with Speaks2Inspire, Sculley realized that faith and mental health had a disconnect for many people.

“I had someone come up to me and they were in tears about how much that meant for them to hear me talk about faith in the context of mental health and depression,” said Sculley. “And I guess prior to that, I didn’t realize how much of a deep-rooted belief it is for so many people, especially those raised in the church or with a specific belief system. For her to have that experience, it was liberating for her to hear me say that.”

Another depression lie, according to Sculley, is that “once I come out of depression, I won’t go back.”

“The truth is that when it comes to our mental health, it’s a lifelong journey and as I was able to work through depression, get help, and utilize all the tools and strategy that I learned from therapy and life, I got to continue to do this to make sure that I stay well mentally. And I have to remember that this is a part of my life,” Sculley said. “And whenever I decide that I’m going to stop doing the work that’s necessary for my mental health, then I can expect to go back into those low moments and so I have to continue to surround myself with people that are aware that mental health is important and encourage taking care of our mental health.”