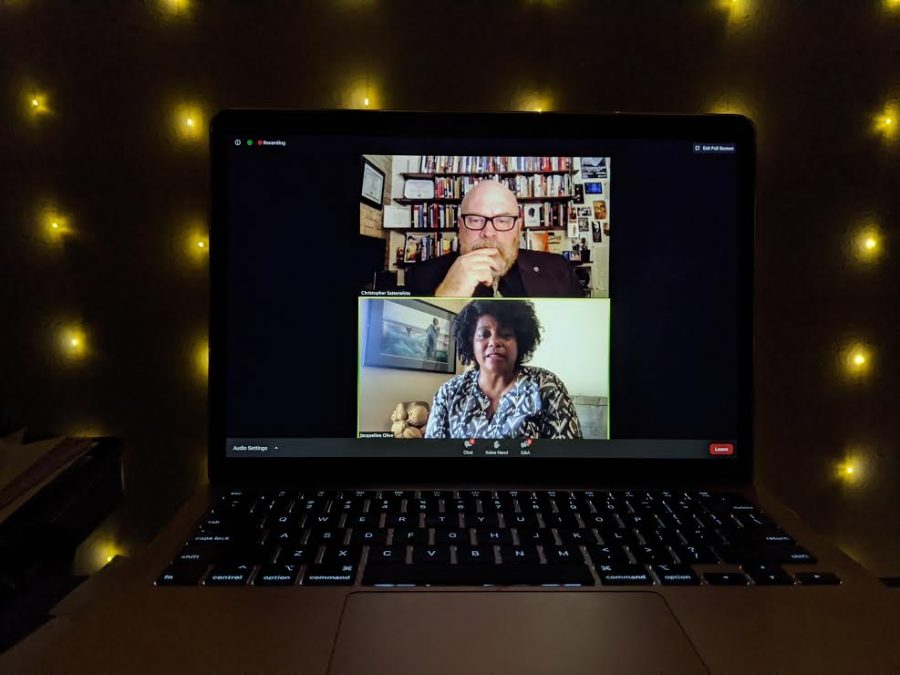 This year has brought many social and environmental injustices out of the shadows. The University of West Florida is hosting critical discussions of racial equality and the impact it has on our community,

Throughout the month of October, a weekly virtual community course called Race and the Community: Past Present and our Future will be offered for free to the community as a part of the Global Diversity and Awareness month at UWF.

Each week, local African American leaders are coming together to discuss a variety of topics to educate the community. The Kugleman Honors Program is sponsoring the weekly discussions and Scott Satterwhite, from the English department, is serving as the moderator for the discussions.

The next discussion will feature Jackie Olive, who will lead participants through the topic of Black Voices in the Media on October 15.

Broughton is a Pensacola native historian who is working hard to shed light on African American history in northwest Florida.

“We (the local community) have had a multiracial story from the beginning,” Broughton said.

Her discussion enlightened those in attendance about some of the history found right here in Pensacola. “Black history is an untapped field,” Broughton said.

Hull is a local poet and activist who spoke on the second week of the series. He talked about the struggles he faced growing up in Gary, Indiana. “I went to 14 funerals in one year,” Hull said.

He further discussed how his life as a poet and the challenges he faced as an African American man. Hull gave those in attendance insight into where he draws his inspirations from and how his writing process works. “I try to write when the city sleeps,” Hull said.

Hull often writes poetry on controversial topics such as police brutality. “I’m trying my best to be the voice for the people who don’t feel that they have one,” Hull said.

According to a poll taken during the discussion, the majority of those in attendance claimed that they could only name one African American poet off the top of their head.

At the end of the hour, Hull read his poem Catch 22, which told the story of what it was like to lose his mother. “It’s my favorite poem of yours,” Satterwhite said.

Future speakers include Indigo Lett, who will be discussing Black Trans Lives Matter: The Movement for Recognition and Survival, and Hale Morrisette, whose discussion is titled “The Fight for Racial Justice and the Future of our Community.”

The discussions are held every Thursday, beginning at 6 p.m. throughout the month of October. Those interested in participating can register at https://zoom.us/webinar/register/WN_R56_UUEKQvaW47ZjTEuS3A UWF ignites vital community conversations

More events that are taking place as a part of the Global Diversity and Awareness month including Black Latina and Walk in my Shoes Experience can be found at https://ems.uwf.edu/MasterCalendar/MasterCalendar.aspx