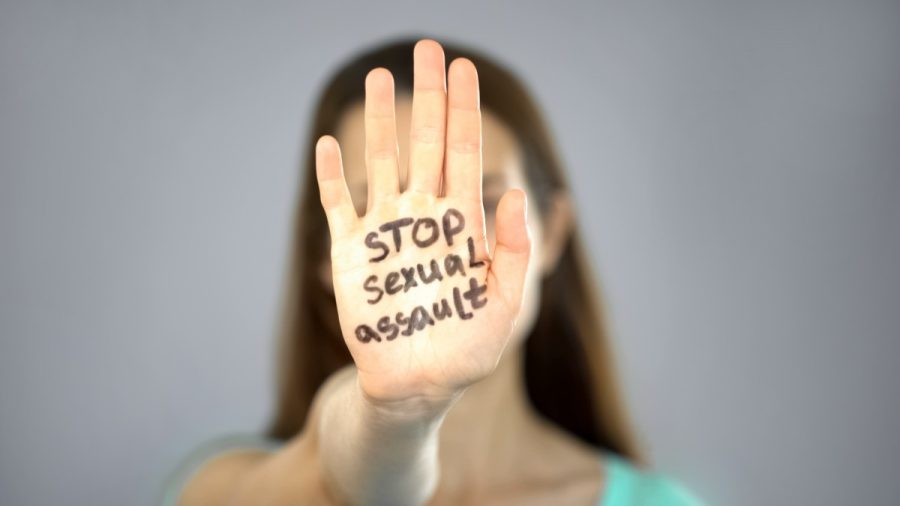 Partying, Greek life, and a lack of sobriety describes the type of college experience that many prospective students hope for and expect. This opportunity to leave home and explore campus–as well as your own identity–is what entices students more than academics alone. However among these aspiring students are countless victims of sexual assault, some of whom feel that they have had their experience snatched away and their stories swept under the rug by the respective universities meant to protect them.

Nationwide, our colleges have failed to hold sexual assaulters and their accomplices accountable and provide actual solutions for victims of these horrific acts. In addition, we as a nation have failed to establish a collective understanding of consent and the rights people have to their own bodies.

Thus, a culture of repeated offenses and little accountability looms heavily over the memories of the “college experience.” Due to proximity to other students and the pressures of inebriated socialization, college students are more likely to find themselves in situations where an assault may occur.

According to the Rape, Abuse, & Incest National Network (RAINN), women between the ages of 18 to 24 are at an elevated risk for an encounter including sexual violence.

College-aged men are 78% more likely to be a victim of sexual assault or rape than their non-student peers.

Annually, 13% of all college students experience rape or sexual assault through physical force, violence, or incapacitation during their studies.

These numbers are not only alarming but speak to the foundational cracks in our society that play a role in facilitating these crimes as well as protecting assaulters.

The mid-August to November portion of the academic year was named “The Red Zone” by activists and social workers due to a statistical spike in reported sexual assaults on college campuses. During this time every student is vulnerable to the predation of an assaulter. More than 50% of college sexual assaults occur during the Red Zone, typically by someone the student knew prior to the incident (RAINN).

However, freshman women in particular are the most commonly attacked group. Usually, due to a lack of friend accompaniment or another form of supervision, assaulters seem to prey on their victims’ lack of experience in order to manipulate them.

Although it is difficult for universities to supervise all student activities—particularly ones that occur away from campus—parents and students alike critique the manner in which many universities have attempted to prevent assaults and protect students.

Greek life events, bars, nightclubs, as well as residence halls are the most common venues for sexual assault to occur, with nearly 60% of sexual assaults occurring in/near the victim’s dorm or apartment.

The use of alcohol, peer pressure, and drugs all culminate to form a culture that protects these assaulters and provides them with excuses for their actions.

Socially, victims typically face backlash and retaliation for reporting their assaulter due to the potential damage caused to ones’ image. They may struggle to navigate their education while facing any legal or social battles in addition to PTSD, depression, and other trauma-related symptoms. Thus, leaving them falling behind their classmates and unable to ask for help without discussing a painful memory.

The University of West Florida, ranked 16th for best top public schools by U.S. News, has taken steps to protect students and provide them with resources to support them. Some of these steps include the following: UWF informing students every time an on campus sexual assault is reported, disclosing a list of registered sex offender students every semester, and providing self-defense programs like Rape Aggression Defense (R.A.D).

However, the true issue lies in a lack of repercussions—both by the institution and socially—and prevention both prior to and during one’s college career.

“I felt abandoned by my institution and culture, save for two Divine Nine organizations, who should’ve heard my story out at the least,” said Karoline Nova, a UWF student majoring in Psychology and Community Organizer for Dream Defenders in Pensacola. “I can’t blame other victims for not wanting to come out, considering my experience with trying to share my story.”

Nova described their experience reporting their assaulter to the university as “hell” and cites it as a year-long battle she’s still fighting to this day.

“There was a lack of adequate communication before, during, and after my case until I was informed there would be no consequences for my abuser.”

Nova believes that the stigma surrounding sexual assault accusers—which claims that accusers are attempting to slander their assaulter— has contributed to their feeling excluded by peers.

“I’ve faced an incredible amount of backlash socially since speaking out about my experiences, which is the complete opposite effect of what I intended.”

Sadly, Nova’s experiences are shared among hundreds of thousands of students across our nation. Recent displays of the justice system, such as the infamous Deshaun Watson case, encompass how our society views the rights of women and the sanctity of violators all in one.

Deshaun Watson, a 26-year-old NFL player, was accused of harassment and sexual indecency by 24 different women in civil lawsuits. According to the New York Times, Watson was deemed innocent by a grand jury, but the public and professional spheres of society have mostly agreed that this is due to the ineffectiveness of the judicial system rather than a testament to Watson’s innocence.

Although Watson will be punished with a suspension and fine by the NFL, the lack of justice in his case presents a larger problem nationwide between convictions and reported sexual assaults.

For every 1,000 sexual assaults that occur, 975 of the perpetrators will walk free from their case (RAINN). The absence of initiative from law enforcement in addition to the flaws in the justice system leave victims with a difficult choice: to either report or cope with the experience alone.

In a similar case, celebrity and former MMA fighter Andrew Tate has gained a cult-like following on platforms like Instagram and TikTok after sharing hours’ worth of opinions on the “ideal man” and the ideal society. Tate describes his beliefs as “traditional” and the intended purpose behind gender roles in society.

Tate has many documented misogynist rants which essentially depict women as helpless accessories who serve to satisfy and compliment their respective man. He also believes that the men of today’s generation are getting “too soft” and need to begin showing how “high value” they are in order to take what they want from society, including women.

Albeit heinous, Tate is entitled to his own beliefs. However, the real danger of his rhetoric lies in how his ideology is affecting the perception that young boys and men have towards women.

It is our collective duty as students and humans to take a stand against injustices like sexual assault. Sexual indecency and harassment is embedded in a centuries-long issue of sexism. This is then reinforced through the spread of ideologies like Tate’s, who himself is facing a handful of sexual assault charges (The Guardian).

Although we students at UWF may not be able to solve the problem ourselves, it is important that we work together to at least address this issue on our campus. When accompanying friends, peers, and fellow students out to events, try to stick together and keep an eye on the whereabouts of each. This is especially important in familiar environments such as living areas, since 55% of assaults happen near the victim’s home.

Should you or a friend experience sexual assault, harassment, or similar incidents, you can report them to the UWF campus police in addition to the Title IX office. If these experiences leave you in a state of increased stress and anxiety, Counseling and Psychological Services (CAPS) is always available for a call or appointment.

Humankind has committed a number of deeds, both heinous and righteous, that have forced us to evolve and improve our moral compass along the way. Even so, we have yet to address one of the longest standing forms of violence against some of our most vulnerable groups.

How will you step up and contribute to the fight against sexual violence in your area?