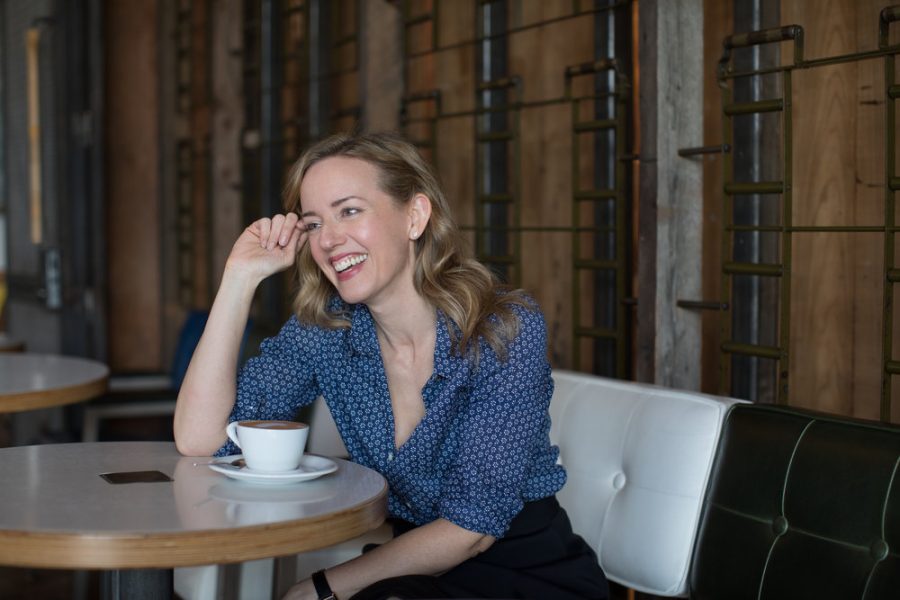 Laura Faye Smith is a voice actress for many popular video game characters such as Noelle from Genshin Impact, Princess Rosalina from the Super Mario Bros series, Kana from Fire Emblem Fates (English), and many more.

Before her appearance at Pensacon 2022, Smith was willing to sit down and give insight on her expectations for Pensacon, what it’s like being a voice actor, and some tips for those looking to get into the industry.

Is this the first time you’re coming to Pensacon?

Yeah, I’ve been to Fort Walton Beach and other places in Florida, like Naples and Miami, but I’ve never been to Pensacola. Pensacon is only my second comic-con, so I’m kind of new to the comic-con scene. I did SacAnime last month and it was fantastic! My agents were like “Oh, you love that? You’re going to love Pensacon too because it’s one of the best shows.”

I just did a podcast interview right before this one and they were telling me about how the whole town really gets behind it. Like, there’s going to be a Nintendo-themed bar…that’s so cool! Samantha Kelly’s going to be there, I gotta see if Samantha wants to go have a drink at that bar. It should be fun.

Is there a feeling that comes with going to new conventions?

Well I will say, I had no idea what to expect with SacAnime because I’d never gone to a comic-con as a guest- I had not been to one period, so I didn’t know what they were like. And it was so fun! There’s just so much positive happy energy from people who love these various projects, and all the cosplay is insane! It’s so good, people coming up who made pieces of their costumes with 3D printers. It’s just amazing the things they do, I was so impressed, and I had such a good time.

The People were so unbelievably nice and friendly, so I’m going in with a great deal of excitement for Pensacon. And from what I understand, SacAnime was just videogames, cartoons and animation things, but this has shows and wrestling too! I cannot wait to see what’s there, what people dress up as, to meet people who are interested in the projects that I’ve worked on, and then for me to look and see who I want to talk to too!

How have you enjoyed being a voice actor so far?

It’s the best job, it never feels like work. Like, I’ve done three sessions this week for completely different projects, from commercials to a videogame project and guest on something I had done before, and it just doesn’t ever feel like work! I guess that’s what’s so cool about it, it all feels like play. Even when you’re doing something like a commercial where it’s not where you’re playing a character and saying wacky funny things or pretending to race in Mario Kart. It’s still really fun.

I wouldn’t say I’d use the word easy because it’s not easy, though. Sometimes there’s gonna be situations where you’re trying to make a bunch of different people happy. But I’ve had- I mean I think most actors have as well- there are people who literally go to acting school, graduate, then become an actor and that’s all they’ve ever done. Most of us have done a lot of other jobs. We’ve worked in corporate, call centers, restaurants, nannied and dog-sat, customer service- and a lot of side jobs while you’re trying to make ends meet because the work is completely unpredictable.

Half your time is spent hustling for work and trying to get auditions for things and hoping after auditions that you actually get a callback and get the job! So, it’s a lot of work, but when you actually get to do the thing you’ve spent all this time trying to do, it’s the best and so much fun. So, I love being a voice actor.

Do you have a favorite character from the ones you’ve voiced so far?

Hmm, I don’t know that I have a favorite because what’s required is different. The two main ones that I’ve done have been Princess Rosalina and Noelle from Genshin Impact, and I love them both and wouldn’t say I have a favorite between them. They’re just so incredibly rewarding to work on. And then the people involved in those projects, like the directors and stuff, you couldn’t ask to work with nicer people who just make it such a pleasant experience.

I think because, like how I did Cana for Fire Emblem 3 who’s a little boy, he’s got a totally different energy and sound, and I like that variety! In Mobile League Adventure I do Guinevere and Lolita, and they’re so different! I love being cast in smaller roles in games, then you can come up with different ways to differentiate. That’s exciting, it’s a great fun acting challenge.

Do you find some characters harder to voice than others, such as comparing Rosalina’s minimal dialog to Noelle’s full sentences?

[Talking about Rosalina] They call them Efforts, it’s like those noises you make or you hear when your character gets bumped from behind in Mario Kart or they fall into lava or they’re swinging off of something, those are all efforts. So the process of coming up with those is interesting because it’s mostly stuff like “Woah!” “Yay!” “Hey!” but also nonverbals like “Ugh!” “Ah!” “Ouch!” Stuff that sounds like what they call taking damage when the character is hurt. So in some degree, I think efforts can be a little more challenging because you’re coming up with different ways to differentiate something that you’re having to imagine.

When you say a line, that’s so much more like just acting. You get a script like in a play and go “Okay uhh,” and typically when you record you’ll give them a couple of different takes on it, but the intent and the emotion is the same. Maybe you’ll slow it down or speed it up or add giggles in there, something that makes the takes different. But with efforts, they’ll say “We need something mildly hurt, seriously hurt, dying,” and trying to figure out like- dying by what? Dying because you were shot because you’re being drowned, I mean there’s a lot of ways to die! Sometimes they’ll be specific like a character might have a slingshot for a weapon and want to hear three varying degrees of efforts with the slingshot. I have a lot of improv training and that had come in real handy in terms of doing things like video games.

Are there any recommendations you can give to people looking to get into voice acting?

If they want to get into it for the fun stuff- I mean, what you think is fun is totally up to you, but I think most people who ask about it are thinking about animation and video games stuff. Take acting classes. That’s how I got my start in terms of just knowing how to act. Because in so many games, if you think about it, people don’t sound like cartoon mice. They sound like themselves! I’ve frequently auditioned for games where I sound just like I do right now.

Using your regular speaking voice, it’s about your ability to emote, for you to imagine you’re in the situation that that character is in and simulate that with a level of panic, to sound like you’re crying, to sound excited or happy or really bummed out or angry. If you can’t express emotion vocally, then you’re gonna really struggle to book anything in this, so acting classes is where a lot of people learn how to do that. I think some people think “Oh, you need to be able to sound like SpongeBob if you’re going to do this” and I’m like “you need to sound like you,” because you never know when you’re exactly what they’re looking for. They don’t need you to do SpongeBob, they have that dude!

We thank Smith for taking the time to sit down and talk about Pensacon and her life as a voice actor, and we hope that everyone who attended Pensacon 2022 had a fun time!