Burkhamer: ‘We have to grow up quick’ 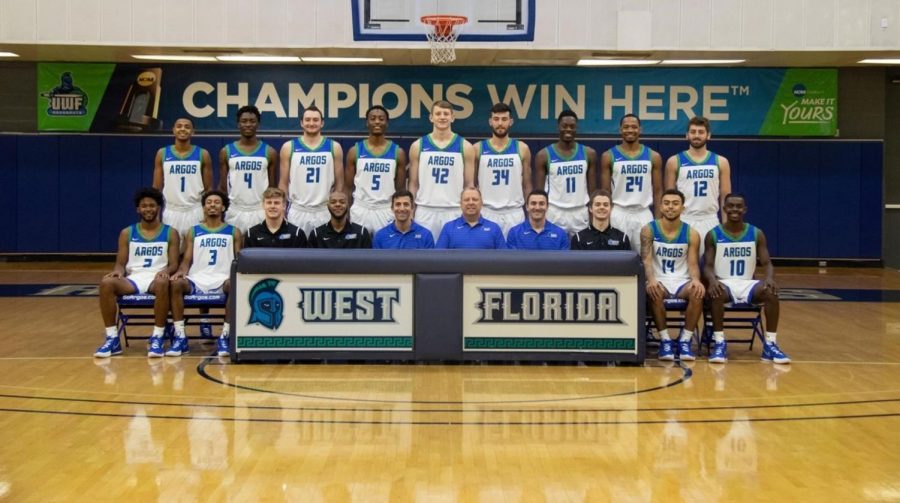 UWF men’s basketball will look to begin the season strong with out-of-conference wins after a 7-12 2020-2021 season, using their young players’ emerging talent and the experience of newly acquired players.

According to coach Jeff Burkhamer, guard Daniel Sofield will be a key component during the season, merging the talent of returning young players and experience of older players.

“Sofield’s a kid that needs to step up again,” Burkhamer said. “He’s a guy we need to look to for leadership and to really score the ball and help us on both ends of the floor.”

Another player Burkhamer said he will look to is forward Conor Flanagan, who has been on the team since the 2017-2018 season. Burkhamer said Flanagan will need to play his role well by “making good shots and competing hard.”

Forward Wendell Matthews will also be a much-needed figure among the lineup, needing to be “one of the better post players in the league.”

Many of the transfers to UWF will help fill in the experience gap that the Argos may face this season, with Jackson Henningfield and Darrin Jenkins both being graduate students coming from successful basketball careers at Macalester College and Martin Methodist, respectively.

“Their experience and understanding of how to play college basketball should really help,” Burkhamer said.

New acquisition forward Jejuan Weatherspoon “will be counted on to play immediately” because of his offensive prowess. The Wabash Valley Community College transfer averaged 13.2 points and 7.5 rebounds per game last season, shooting 41% from the field and 35% from behind the arc.

“Weatherspoon played for one of the best junior colleges in the country,” Burkhamer said. “He’s got experience playing high-level basketball at the junior college level.”

As is usually the most difficult part for any athletic team, the Argos’ schedule early in the season will be tough, with seven of their first eight games out of conference and eight of their first ten on the road.

Burkhamer said that many of the out-of-conference teams are similar to UWF in that they have a young group of guys who are trying to find their way in collegiate athletics.

West Florida will open conference play away from home against West Georgia, a team that Burkhamer said will be tough since they have many returning players and played in the NCAA tournament last season.

Two of the Argonauts’ more challenging games will be against ranked opponents – Alabama Huntsville is No. 20 and Valdosta State is No. 10 in the nation in the preseason coaches poll.

While UWF will have a tough schedule and want to win games, Burkhamer’s measure for success is the improvement of players from week to week during the season.

“We have a young team, half our team is new so it may take a little bit of time to gel and play like we want to play,” he said. “We need continuous improvement and continue to get better day-to-day.”

West Florida’s home-opener is at 4 p.m. on Nov. 21 against Albany State in the UWF Field House.