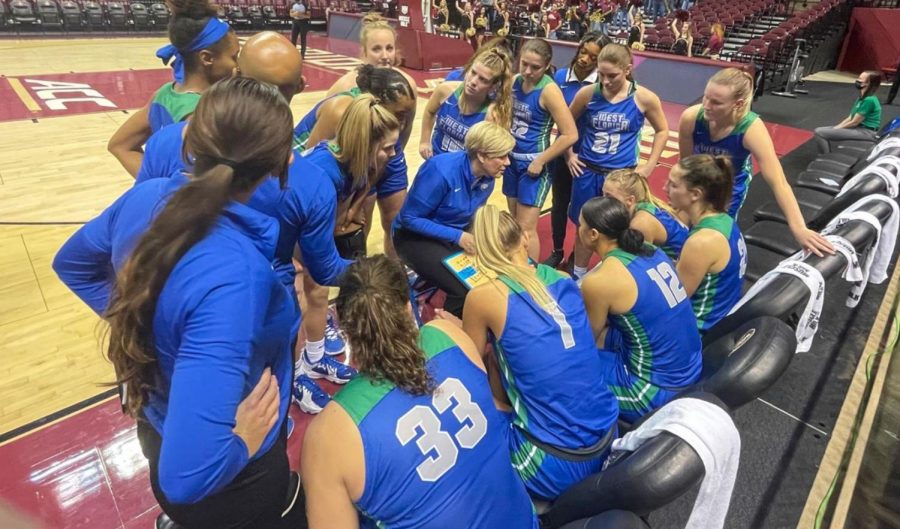 Collegiate coaches of any sport understand that players will move into the program and move out of the program within a relatively short period of time. UWF women’s basketball coach Stephanie Lawrence Yelton understands this and has made adjustments ahead of the 2021-2022 season.

Arguably the best player on the team last season, Danielle Norquest has graduated and left, leaving a vacant spot for a new star player. Yelton said she will look to graduate student Gabby Brown and the experienced seniors to lead the team through the difficult schedule looming.

“We need to fit pieces around them and that’s what we did,” Yelton said. “Those core players … with Fanny [Hulmi] and Gabby and Charlotte [Ellmore] and Peyton [Lewis], those are the players who already know our system, already know our culture.

“They’re going to be very vital to our success this year because they’re hungry for it,” Yelton continued. “They went through last year in the COVID season.”

The Argos did make it to the opening round of the GSC Championship during the COVID-shortened season but lost to Union 46-69. Yelton said that the team will strive for excellence after their opening round defeat last season and use it to power the coming season opener against Benedict College.

“I think our biggest goal for our team is to play with excellence,” Yelton said. “We’re trying to daily get better at what we do as a team – offensively, defensively, team chemistry wise, being a great teammate – but understanding what that means for each individual player and how they fit their roles on the team and then how that meshes together to make our team play great.”

To accomplish the goals and reach the standards Yelton has laid out, the new freshman class will be strategically used, particularly forwards Zoe Piller and Jenna Gallimore.

Piller has already been named as the team’s starting center, providing the Argos a size advantage for the upcoming season.

“[Piller] is a hard-nosed player that plays in the paint but also has a great face up game,” Yelton said.

The coaching staff will also look to Gallimore to provide bench points during games, acting as a sharpshooter to back up the size of Piller and the experience of the returning seniors.

UWF will begin the season playing a tough schedule, with their first three games on the road against non-conference teams and six of their first seven games away from home.

West Florida will also face tough opposition against currently ranked teams from the preseason poll. UWF will face No. 15 Valdosta State on Jan. 8 and Jan. 29, and they will play No. 19 Union on Jan. 20.

The Argonauts’ home-opener is Nov. 21 at 6 p.m. against Spring Hill College in the UWF Field House.