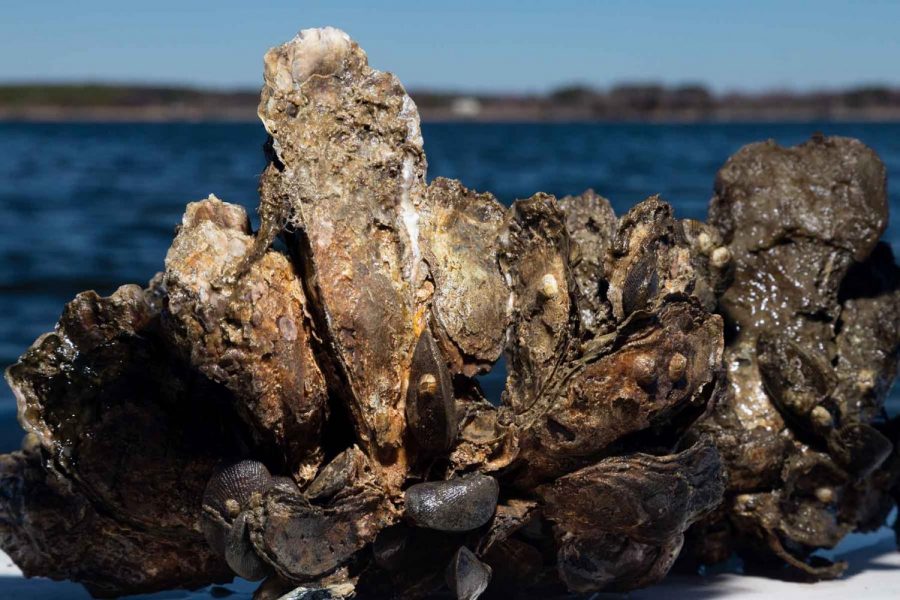 What doubles as a fan favorite at most coastal restaurants in Florida and as one of the most influential aspects of bay and estuarine ecosystems simultaneously? Oysters!

Oysters are extremely important to Florida’s coastline, even though they rarely receive the credit. According to The Nature Conservancy, oysters help to filter water, remove nitrogen and act as natural buffers from the impending rising seas and threatening storms.

Oysters also play a huge role in Florida’s economy, not only for their popularity on our menus, but also because oyster reefs function as fisheries. Oyster reefs create safe spots for snapper, crab, shrimp, and multiple other marine species.

“I can think of few other species that combine the ecological, economic, and cultural benefits of being a species, that creates habitat, and are also a fishery,” says Anne Birch, The Nature Conservancy Program Manager.

Even so, oysters are facing danger. According to a research article published in BioScience, about 85 percent of oyster reefs around the world have been lost due to resource extraction and coastal degradation. Oyster reefs in the Pensacola Bay and the Santa Rosa coastline are no exception.

The settlement received from the Deepwater Horizon Oil Spill lawsuit will fund a $15 million oyster reef restoration project. The goal of this project is to combat the contributors of resource extraction and coastal degradation, while rehabilitating the oyster population.

On July 28, 2021, Pensacola embarked on its very own oyster restoration project. The Pensacola Bay project is the largest oyster restoration done by The Nature Conservancy in Florida. Thirty-three constructed oyster reefs are being placed within 6.5 miles of the Santa Rosa County coastline.

According to the National Oceanic and Atmospheric Administration, oyster reefs allow oyster larvae to gather among its surface and develop. Once the reef takes shape and the oysters continuously grow, the reef filters water, shelters marine life and protects coastlines.

The Nature Conservancy uses scientific research to determine what base to use when constructing an oyster reef. Limestone will make up the base for the 33 oyster reefs located along the Santa Rosa County coastline.

The project will be closely monitored and directed by the Pensacola and Perdido Bay Estuary Program. This organization plans to make the oyster restoration project a part of its Comprehensive Conservation and Management Plan.

There are a lot of working minds and moving parts to help restore the oyster population and habitat to normal. Visit The Nature Conservancy’s website to keep up with the project’s progress and learn more about what you can do to help the oysters and your marine ecosystems.