“The Bazaar of Bad Dreams,” a book review 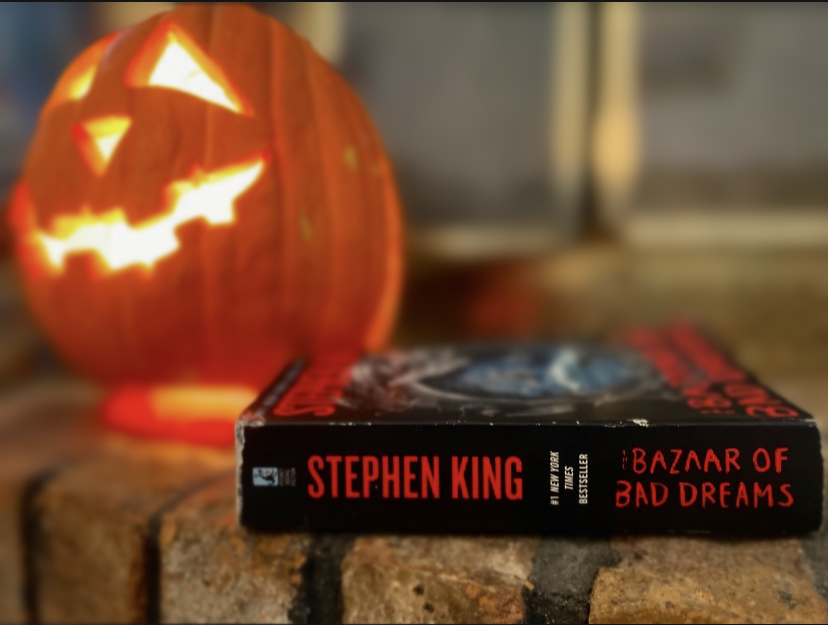 “The Bazaar of Bad Dreams” is the perfect book to pick up as Halloween quickly approaches. The book is an anthology of short stories by Stephen King depicting several outlandish horror stories that he’s written throughout his career.

If you’re someone who wants a taste of King’s writing but can’t stomach reading over 800 pages, this is the book for you. You can read one quick short story– feel satisfied with the ending– and put the book aside to read later.

The novel features 21 stories each preceded with a short intro from King explaining his inspirations and ideas for the tale. Every intro provides insight into King’s writing process and the reasons some ideas take years for him to write.

For example, before the story “Batman and Robin Have an Altercation,” King describes a scene he witnessed on the road one day. Stopped at a red light, two men were arguing from their cars, then the light turned green and they drove away.

“The incident got me thinking about what might have happened if the two drivers had emerged from their vehicles and started duking it out right there,” King said.

King says he knew the imagery was a story in the making, but wasn’t yet sure of what story that was. He one day witnessed another scene that inspired him: a father and son eating at an Applebee’s.

The son was cutting his father’s food while the father stared at nothing. Occasionally, the father would come to and insist he cut his own food; then the son would shake his head in a paternal way and continue cutting. These two mundane scenes were all King needed to complete his story.

The mundane is a big theme throughout many of the stories in this collection. “Mile 81,” the first tale in the book, is about a nondescript sedan that is actually a human-eating alien.

The premise of “Mile 81” is so outrageous it sounds like it could have been thought up by a 5-year-old, yet King somehow convinces readers to feel anxious as the car carries out its murderous spree.

In this story, Ray and his wife, Mary, argue in the car about whether they should stop by the store to find a birthday present for their niece. Through the argument, Ray’s internal dialogue expresses a great deal of annoyance with his wife and their dog in the backseat.

They stop by the store, as Mary wanted, and Ray waits in the car. He waits for a long time until a woman runs out to tell him Mary has collapsed inside.

Ray’s harsh internal and external dialogue, followed by Mary’s sudden death, creates an uncomfortable tone that leads to building tension as Ray attempts to understand what to do in the moments immediately following his wife’s passing. There is nothing supernatural about this story, but it’s unsettling nonetheless.

These stories are only a fraction of what this book has to offer. If you’re a fan of the bizarre and are looking for a novel to put you in a spooky mood this Halloween, look no further. “The Bazaar of Bad Dreams” is here to give you the fright you need.