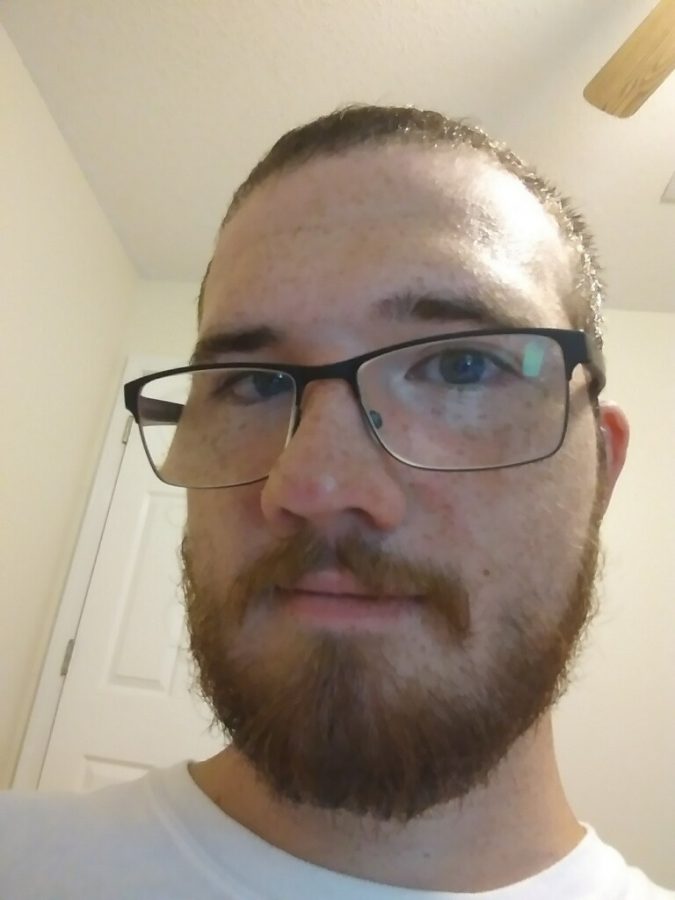 Among the many students at the University of West Florida who are changing majors and figuring out what they want to do, 22-year-old Simeon Thies has a unique set of skills that are different from one another.

Even though Thies was a euphonium-playing music major and is now a communications major, he said that a full-time job could go one of two ways – math or advertising.

“My idea of a traditional job,” he said, “either going into math teaching, particularly upper level … or going into ad creation or [being] a social media manager.”

A student majoring in communications often does not seek a math teaching profession, but Thies has a different outlook on why it is a suitable field for him – making education fun, particularly math, because “a lot of people are missing out by hating math.”

Even though these two options are his goal for the traditional nine-to-five job, his dream job differs from both his educational backgrounds and traditional work plans.

“My dream job, that I’m working on now, is a level developer for Minecraft servers to build maps and such,” Thies said. “I have a gig with a group right now with people I’ve been friends with for a couple years now … we’re doing some really cool stuff and we’re hoping to strike a place in the content creation community.”

Early in his college career, the seed known as his dream job was planted by a graduate student during lunch. Thies used to post YouTube videos of himself making Minecraft content, and the student convinced him to act on the idea that Thies already had.

“I moved between sections of YouTube genres and such,” Thies said, “and I landed on making Minecraft content.”

“I’ve been kind of sticking with it,” he added. “I have the most hours in that game out of any other game I’ve ever played. It’s honestly kind of scary how much time I’ve put in it.”

However, Thies veered away from video making because of the time it took to make them, in addition to his course load at UWF and the natural drama that comes with publishing YouTube videos.

Thies said that his current group fits what he wants to do and allows his creativity to flow freely.

“This line of work really makes sense with previous desires for the future,” he said. “It’s kind of rooted in having a job where I can be creative and have my own project – you know, it’s an art. But it’s perhaps more stable.”

As Thies progresses to the culmination of his bachelor’s degree, he will continue pursuing his dream of designing and building levels for Minecraft, making education fun and being “an appreciator of art” in all forms.