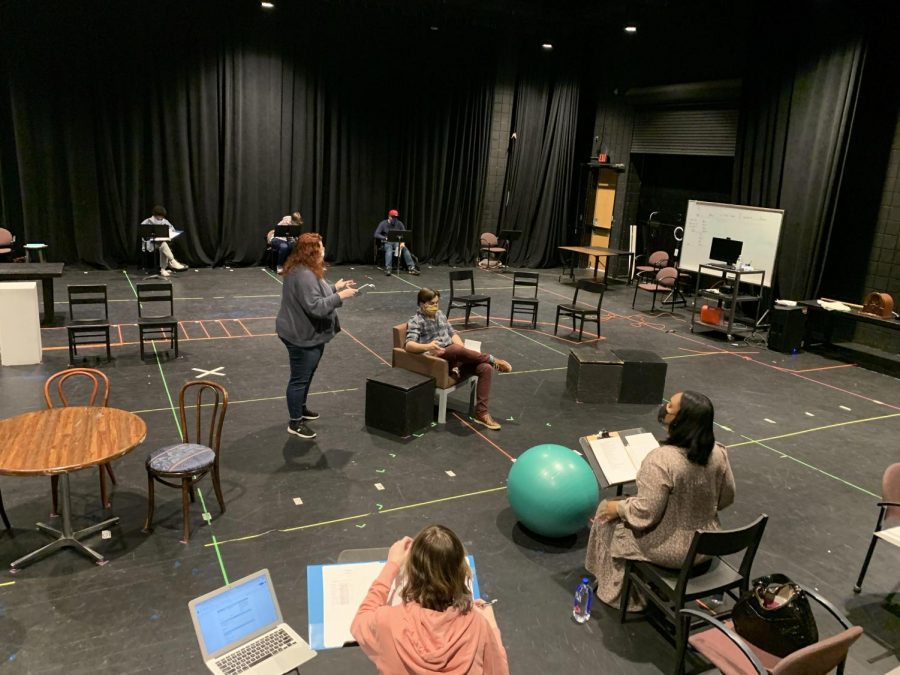 The University of West Florida’s Department of Theatre is back, this time with rehearsals for the Pulitzer Prize-winning play “Clybourne Park.”

“It’s going to be an interesting play,” said Marci Duncan, Director of Clybourne Park. “In a nutshell, the play takes a look at two different generations of people and how they talk about the same topics.”

“The topics of race, gentrification and a lot of others come up in this conversation,” said Duncan.

The second act of “Clybourne Park” begins fifty years later in 2009, where this once white neighborhood is now predominately black. The dwelling that housed the tenants of 1959 is sold to a white family, where they plan to tear it down and build a larger house. This ultimately drives up the property taxes for everyone in the neighborhood.

“They then again start to have the conversation about race and gentrification, and we realize that nothing has really changed between these two periods,” said Duncan. “They’re still talking about the same things, and although they have become more polite in the way that they discuss it, they definitely are stuck in the same conversation.”

Rehearsals for “Clybourne Park” began three weeks ago. Duncan is ensuring that all cast members abide by University and CDC COVID-19 guidelines despite any challenges to do so.

“We work for fifty minutes, and then we leave the space so that it can air out and be disinfected,” Duncan said. “We also make sure that everyone in the room is masked, and we have our temperatures checked before anyone enters.”

Cast members are required to practice social distancing while not on stage. Sanitation stations are also placed by each entrance of the rehearsal space for cast members to use.

As a result of COVID-19, live performances of “Clybourne Park” will be limited capacity. A virtual component will also be available for those who’d like to see the play remotely.

“We’re still talking with the University as far as what the capacity number will be for the live shows, but the percentage was just moved up from ten percent to twenty-five percent,” said Duncan. “We’re working with the University to make sure that we’re in compliance with what they’re saying, but I imagine that we would be able to fit an audience into the theatre in a safe and socially-distanced manner.”

There is no cost of admission to in-person performances of “Clybourne Park” for UWF students. Broadcast performances will be free for everyone, but there will likely be a donation option to support the UWF Department of Theatre.

“’Clybourne Park’ is a play that will offend you, make you laugh and make you want to pull your hair out,” said Duncan. “It is indeed a must-see conversation starter.”

For more information about “Clybourne Park,” contact the UWF Department of Theatre at (850) 474-2146 or [email protected]